is it a motorcycle?

2002 v star 650 custom
Joined 4 mo ago
·
176 Posts
That amphibious bike was kinda cool. Might help a LOT to have in areas that frequently get hit with hurricanes.

Almost 29 years ago, a local guy took me and my pregnant wife to lake of the Ozarks on his dime. It was just OK until . . . .

They busted out with a 650 cc WETBIKE!! It was a freaking BLAST to ride. I took it out and was jumping the wake of passing boats. Had the magnetic safety thing connected to the life vest, so if you fell off it killed the engine.


About 6 hours later ( and the next 3 DAYS) my inner thighs were so sore! Nothing helped, they HURT.

The Wetbike was introduced in 1978, just several years behind the Kawasaki Jet Ski and nearly a decade before the runabouts we’re familiar with today followed. Produced by Spirit Marine (a subsidiary of Arctic Enterprises, now Arctic Cat, which would later produce the Tigershark brand), the original Wetbike was billed as a motorcycle-like craft. And in many ways, it was far more like a motorcycle than any of the craft that followed. Whatever Happened to the Wetbike? - Personal Watercraft

Whatever Happened to the Wetbike : The Wetbike was introduced in 1978 several years behind the Kawasaki Jet Ski and nearly a decade before the runabouts we re familiar with today followed.
www.personalwatercraft.com

The one I rode I was told was a 650, that showed me one with a larger engine but it was in pieces waiting for parts. They said it was powerful enough to pull a person up from dead stop and water ski with it. I believe them. Awesome fun!

The Wetbike looks and handles more like a motorcycle than any other personal watercraft. (Image taken from video by West Coast Wetbikes)
The bulk of the craft was made up by a somewhat wedge-shaped body, with angular nose and bulkier aft end. At rest, the craft could vaguely resemble a stubbier version of the sit-down craft that would soon ignite the industry. Handlebars, tether-style ignition switch, and relatively flat seat distinguished the craft’s upper half. Below, simple open footwells waited just below the waterline.
Any similarities, however, faded once the craft got under power. The Wetbike’s most unique characteristic was how it rode through the water. Rather than skim across the waves on a hull and be steered from the rear via a pivoting blast of thrust, the Wetbike rose up above the surface and skimmed across the water on two large “skis.” Unlike other personal watercraft, before or since, steering came not from a jet-pump directional nozzle – the jet pump was fixed and located atop the rear ski. Rather, the shorter front ski could actually turn within a 90-degree arc, mimicking the action of a motorcycle or bicycle’s front wheel. This steerable front ski, linked to the Wetbike’s body via a linked suspension, resulted in a vastly different ride feel than anything else that would ever hit the market. You could actually lean into turns, but there was a brief learning curve. On my first attempt at a wetbike, I felt like the craft counter steered until I truly got the hang of it.
The motorcycle-like feel was even echoed in the throttle. Rather than the trigger-style that has become the norm in the market, the Wetbike’s throttle was a twist grip.
HORSEPOWER…TO SPARE?
Similar to today’s craft, the Wetbike’s engine could be found below the saddle. Originally, it was a 50hp Spirit reed-valve engine, with a displacement of 723cc, dual Mikuni carburetors, and electronic CD ignition. By 1986, that engine had grown to an 800cc Suzuki motor capable of 60 hp. What kind of speeds could Wetbike owners expect? They were impressive…for the time. Early models topped out at about 32 mph; later, top speeds increased to 36 mph. The craft could be expected to rise up and plane on its dual skis between 11-15 mph. Speeds in those later years would also be aided by the switch to a lightweight Metton plastic body.
HIGH PROFILE…SHORT LIFE SPAN
For a brief period, the Wetbike enjoyed a high profile. In 1977, James Bond famously rode one (a loaner from the gadget-happy Q) across the ocean and into the villain’s submergible lair in The Spy Who Loved Me. The craft was actually the original Wetbike prototype. CHiPs fans may also remember Ponch and Jon enjoying Wetbikes before chasing down the bad guys. Wetbikes continued to be seen in Police Academy 3, and as recently as the 1990 George Clooney-movie Red Surf.


Wow, the things you learn from YouTube. They had actual races with wetbikes.

Joined Oct 1, 2017
·
228 Posts
@compjan, that wetbike is cool! My brother in-law had one of the original Kawasaki jet ski where you laid on them to get started and then stand up. I rode it about 20 years ago. Man that took some balance and getting used to. It was way fun but worked the hell out of you. I'm too old for that stuff now.

2002 v star 650 custom
Joined 4 mo ago
·
176 Posts
Yes and no. Same propulsion method, but a WAY different DRIVING method. Imagine riding one of those wide knobby tired bikes in sand dunes. ?? Monkey ?? I'll find it and post the name.

Anyhow, you drive / ride it like a dirt bike, darn near always only touching the pegs and handle bars. It was a BLAST jumping into the air by crossing a ?? wake /wave from a power boat passing ?? at a 90 degree angle!!! AIRBORNE!!!

And safer than actually riding in the dirt. At any speed you fall off at, no injury or a sprain / broken bone. NOT death (from the fall alone ) .

Ahh... Knees bent /flexed and stand/push down just as the front end is rising from hitting the wake wave. . Launching into the air, darn near submerging the bike upon " landing " . . then pulling up and out of the water . . Amazing. 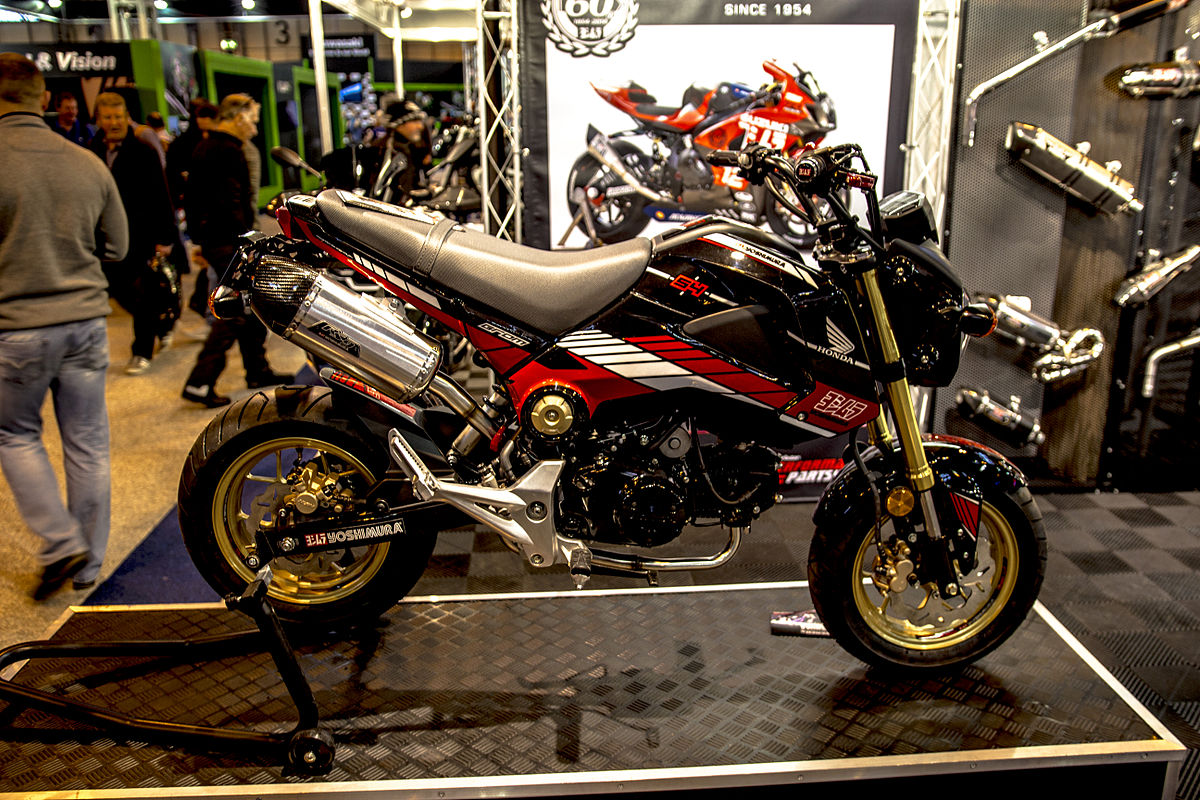 Yeah, like running a Grom in sand dunes. Only BETTER.

I use something like that to flip my pancakes

Did some searching. The closest I could find (but not exactly the same) was what were known as "invalid carriages". Some were similar, but nothing exactly like that one.

NorthernRider said:
Did some searching. The closest I could find (but not exactly the same) was what were known as "invalid carriages". Some were similar, but nothing exactly like that one.
Click to expand...

I didn't have any luck wither but haven't dug deeply yet. It is a cool three-wheeled car and not a true trike.