Joined May 28, 2018
·
2,311 Posts
I noticed the same thing on the ride home tonight. I am off next week and will probably start to do side streets on the way home when I go back to work. But I am going to miss that 11 minute home commute.
► Show Full Signature
Riding is not just what I do but who I am.

Went out on a 575 km (about 360 m) ride today. I belong to a FB group to travel to the four corners of New Brunswick and take picture of your bike next to a specific building. NB is kinda rectangular shaped so picked the south west corner for today's ride. Me and a buddy took the scenic route through Fundy Park (locked up tight except for thru traffic) and rode the highway the rest of the way. The building is this historic Algonquin Hotel built in 1881 and visited by many prime ministers, presidents, and royal visitors over the years. This is the main wing but it's about double the size you see. It's in the coastal town of St Andrews, not far from the Maine border. It was my first visit here, and I will be going back.

That's my bike in front and my buddy's Indian behind it.

Weather was beautiful, although we battled a fairly strong headwind most of the way there. I thought I was getting some serious buffeting, which was odd because it never happened that badly before. Turns out the wind was just moving my glasses...lol.

We stopped at another interesting spot just outside of town. A small island named Minister's Island that is only accessible by vehicle at low tide. There's a bar that is uncovered at low tide and you drive across it. There was a flatbed there with an excavator on it waiting for the tide to go out so we waited and watched him go across. Some old local on a scooter tried to talk us into riding over but after watching the flatbed rig splash through salt water puddles we decided against it. He just shook his head and grinned, then puttered across too. Here's a pic of the truck going across.

Joined 1 mo ago
·
162 Posts
I took an “essentials” ride today and got my haircut for the first time in 4 months. Really wanted my beard trimmed as there’s not much they do to the hair but they aren’t doing beard trims right now. Oh well, it was a nice ride there and back, about 47 miles round trip. With all the rain we’re currently having it’s a miracle I was able to get out at all. Wasn’t home about 2 hours and we had another torrential downpour with wind and lightning.

Supposed to take the boat out tomorrow with our oldest kids and their spouses but not sure that’s really going to happen. My wife will be more disappointed than the kids I think.

We’re starting to see traffic pickup here as well, it’s been nice riding to the office one or two days a week, it’s about 30 miles each way and I take the back roads. They’re getting back to normal levels of traffic though so not as nice a ride as it was when often I was the only vehicle going my direction that I’d see.

Joined 1 mo ago
·
162 Posts
@NorthernRider ; that’s a beautiful picture of the hotel. Reminds me some of Victoria BC when we went there a few years ago.

I love the land bridge to the island. Seems you guys like to find interesting ways to get to places....wait for the tide to go out or the land and water to freeze so you can make a road, etc.

That is a great looking bike.
► Show Full Signature
Time flies like an arrow.
Fruit flies like a banana.

NorthernRider said:
Thanks Jspree. All in good fun and I try to give a little back
Click to expand...

Don't worry Nrider in about 6 weeks we will be on the top of the food chain
► Show Full Signature
I ain't lost until the tank is empty!

Joined Nov 17, 2016
·
3,238 Posts
Did another one of the Four Corners Tour today. The southeast corner is the Confederation Bridge to Prince Edward Island. It was a little cooler today - about 21C (70F) and a little breezy but not bad. We stuck to the back roads for the most part, then my buddy had to get home so we took the highway for the last leg. I've been using the Relive app and I like it. I tried it without plugging my phone in and after 2 hours it had dropped to 46% battery. Better than Scenic but it's good to have the charging plug. Here's a couple of pics - one beside the bridge and the other down the coast a bit. If you squint you can see Prince Edward Island. We still can't cross the bridge but hopefully we'll be able to in another month.

Here's the link to the Relive map too if anyone's interested: 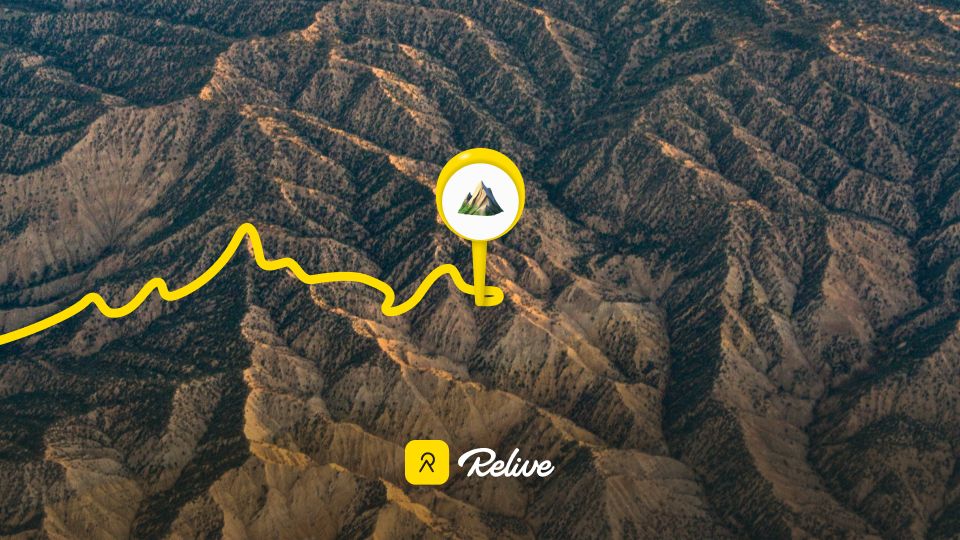 Along the way are the Mormon Rocks. Popular with hikers and climbers. Named thusly because the first white men to discover them were Mormon travelers. I apologize for parking my ride in front of these amazing rock formations.


► Show Full Signature
Please, call me Bill.
2005 V-star Classic 1100
Sometimes I like to ride and think - sometimes I just ride.

lesblank said:
Paul, looks like a really nice ride. Glad you were able to get out. It's been raining here off and on all day.
Click to expand...

Sorry about the weather Les. It has to stop sometime. Did you get hit with any of those softball sized hailstones where you are?
► Show Full Signature
Paul
2007 Vulcan Nomad 1600
V&H exhaust
2000 V Star 1100 Classic (Sold)

NorthernRider said:
Sorry about the weather Les. It has to stop sometime. Did you get hit with any of those softball sized hailstones where you are?
Click to expand...

We got hail but it was pea size. The bad stuff was only about 5 miles away. Here's a screenshot from front door camera. Look at flower bed, the white is hail. This is twice recently we have had pretty good hail storms.

Joined 1 mo ago
·
162 Posts
Nice looking rides everyone. I was hoping to get out today but it’s raining again here too so not looking likely. Maybe tomorrow but they’re calling for rain then too.

Has anyone else experienced the Relive app having a top speed that is way off? I did a ride Thursday and it showed my top speed as 86 when I know I probably only hit 75 or so and where it had me doing 86 I think I would have needed a sport bike to get to the speed that fast following a turn at a red light.

Joined Nov 17, 2016
·
3,238 Posts
I haven't noticed that Matthew, but I don't really pay that much attention to it while riding. I'm usually not far above the posted limit anyway. When I watch the video afterward the top speed location seems in line with what speed I would likely be at on that particular stretch of road. I suppose it could have been a GPS glitch. Ya gotta expect that once in a while I guess.
► Show Full Signature
Paul
2007 Vulcan Nomad 1600
V&H exhaust
2000 V Star 1100 Classic (Sold)

Joined Jan 21, 2014
·
6,658 Posts
@matthewd92, mine has been on the money. It uses you phones GPS. Don't know if you use a phone holder or not, but if you do, open google maps and get a destination, your MPH will be in the lower left corner. Compare this to your speedometer. Normally the bikes speedometer will read a little faster than you are actually going.